I will be doing the same thing like the Wattpad stories but with Webtoon! Webtoon is a really fun app, but instead of just words that you read, it is comics and manga. You get pictures, fun conversations, and there are SO MANY!!!! The comics on this list, I haven’t read all of them. I have read two out of the five of them, so cut me some slack. We are going to go by popularity of the app, so we get a sort-of unbiased opinion.

This comic is about the Greek gods and goddess’ mainly, Persephone and Hades. With friends, gossip, parties, and a course of love, this modern day re-tell is a hit. 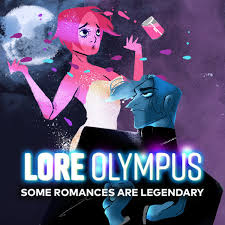 I have read what has been started, and this is a very very good comic. I think the concept has been overdone, but overall, it is super good…